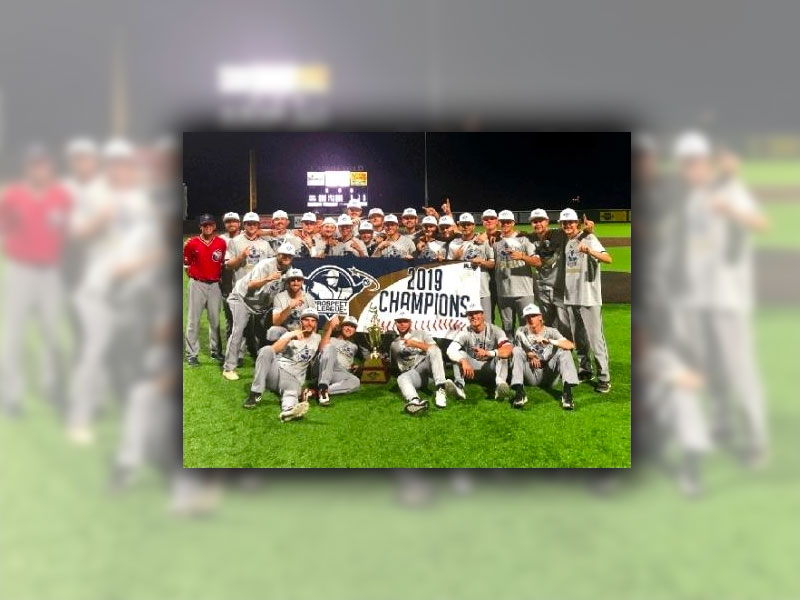 CAPE GIRARDEAU, Mo. — In a winner-take-all situation, with the bases loaded late in the game, Chillicothe’s Trey Smith didn’t feel the pressure.

But he did feel the baseball jump off his bat.

In his home state of Missouri, in the top of the sixth inning, Smith clubbed his fifth and final home run this summer to turn a 2-1 deficit into a 5-2 lead.

The Paints used that long ball to top the Cape Catfish by that same three-run margin, claiming Game 3 of the Prospect League Championship Series and seizing their first league title since 2010.

Smith’s grand slam was certainly the most important play in Tuesday’s championship game, but the performance that Paints starter Austin Calopietro turned in on the rubber shouldn’t soon be forgotten.

In the top of the fourth inning, Chris Eisel gave the Paints (43-21) the night’s first lead with a solo home run. Cape struck back in the bottom half when Zane Wallace logged an RBI groundout.

In the fifth, the Catfish took a 2-1 edge when Andrew Stone blasted a solo home run. Smith then hit his heroic grand slam, just half an hour away from his hometown, in the sixth.

Eisel was 2-for-4 on the night with two runs and an RBI while Smith was 1-for-4 with the homer and four RBIs. In the bullpen, Nate Haugh threw three scoreless innings and struck out seven hitters.

If you remember, Chillicothe started its season 2-7. The club ended the regular season at 40-20 overall, beat the Danville Dans to win the East Division title and then took two of three from Cape in the PLCS.

The club had five selected All-Stars in Zach Kendall, Cole Andrews, Nate Haugh, Cody Orr, and Gavin Homer, ripped off 11 straight wins to snap an early-season losing skid, and boasted of the league’s batting and strikeout champion in Orr and Calopietro.