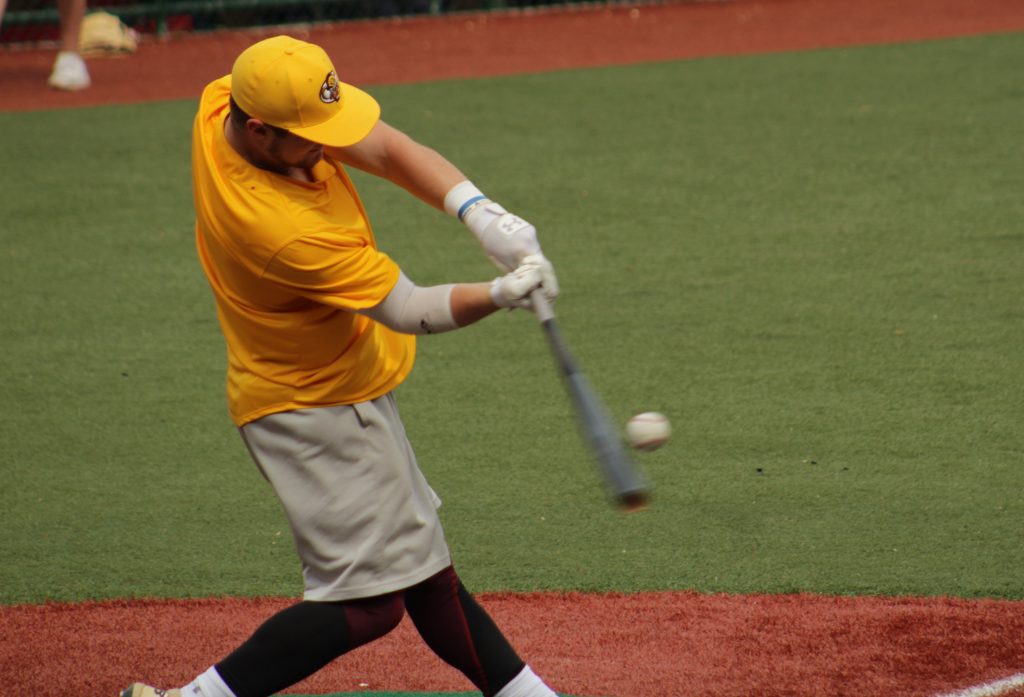 Mill Rats win game one in the homestand versus Chillicothe

Mill Rats pitcher Dylan Brosky cruised through the Chillicothe Paints (3-5) lineup with ease to lead the Johnstown Mill Rats (3-6) to a 6-3 win. Johnstown’s Mark Edeburn threw for 11 strikeouts in Friday night’s loss and Brosky followed his performance up with 10 of his own.

Mill Rats manager Parker Lynn was thrilled about the performances those two had.

“That’s what we needed,” Lynn said. “Edeburn set a great example in what we were looking for on the mound and Dylan followed that up with the stat line he had.”

Speaking of that stat line. Brosky pitched seven shutout innings and only gave up three hits. He not only enjoyed the Mill Rats victory but also the chance to compete on the mound.

“It felt good,” Brosky said. “(Getting to pitch in a game) is what I look forward to every week.”

The reason Brosky came out of the game was due to reaching his pitch limit. Mill Rats reliever JT Wolke picked right back where Brosky left off though with three straight strikeouts to end the eighth inning.

The tempo was set right off the bat at the beginning of the game and off the bat of Johnstown’s DJ Alexander Jr., who smacked a two run home run that cleared over the left field wall. The shot probably would’ve been sent over the “green monster” in Fenway Park if it had a chance.

Mill Rats infielder Jeremy Iellimo kept the runs rolling with an RBI single in the fourth inning. University of Pittsburgh at Johnstown product Asher Corl stole home on a pass ball to give the Mill Rats a 4-0 lead in the fifth. Damien Yenzi help add to the scoring fray with a sacrifice fly to bring home Jeremy Lane.

Johnstown could’ve taken its foot off the breaks after scoring two in the fifth inning but the team didn’t.

Nick Hess did his best DJ Alexander Jr. impression with his own home run into left field.

Chillicothe scored all three of its runs in the ninth inning but it was only good enough to ruin the shutout that Brosky and Wolke pitched for.

Lynn was happy to snap the six-game losing streak especially in front of the home crowd.

“I think we play well here. We were consistent here offensively and on the mound.” Lynn said. “It’s always nice to come back here to the Point and to play in front of our home fans.”