Offensive thunder in the Point 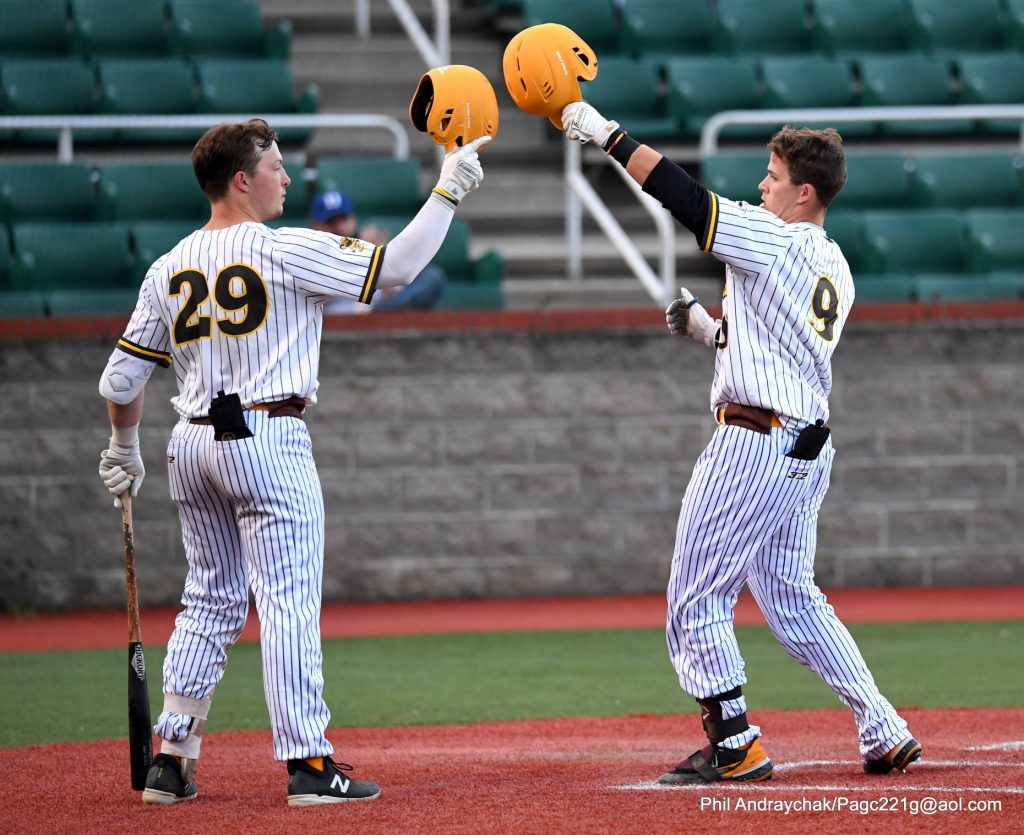 It was fitting that the matchup between Johnstown (6-19) and Chillicothe (13-12) had a lot of thunder offensively, especially since Thunder in the Valley is taking place right next to Sargent’s Stadium. Chillcothe had an early 7-0 lead and didn’t pump the brakes either on the way to a 16-9 win.

The sixth inning was certainly not just a good inning but a great one for the Mill Rats. Johnstown tacked all nine of its runs in the inning.

Johnstown’s Nick Hess started the scoring off with a sacrifice fly to bring in Damien Yenzi. Andre Good singled to center field to score Ben Newbert.

Then Chillicothe pulled Zach Kendall, its starting pitcher, for Tyler Ronevich. Ronevich hit Dylan Swarmer with a pitch and then gave up two straight walks with bases loaded full of Mill Rats. Tyler Dellerman and Good made it home from the walks by Ronevich.

Yenzi stepped up to the plate for the second time that inning and scored two Mill Rats with a hit that went right through the legs of Chillicothe’s shortstop. Newbert added his second hit of the inning by way of a three-run home run.

Johnstown couldn’t add any more runs to the scoreboard afterwards.

“To [score nine runs] in one inning really shows the character of our team,” Lynn said. “I think that’s where we need to keep the momentum and moving forward.”

“What happened after [the big sixth inning] was unacceptable. As soon as they turn around and score one we fold.” Lynn said. “It doesn’t make much sense for me or us to put all of that effort in to score nine for them to turn around and match us with one run and immediately fold.”

The Paints put six more runs on the scoreboard to reach the final score of 16-9.

Mark Edeburn started on the mound for Johnstown and gave up three earned runs in his first three innings. The fifth inning was his roughest though as he gave up four earned runs and was pulled from the game after only recording one out. Lynn pulled positives from Edeburn’s performance from the hill.

Casey Marshalwitz got tabbed with the loss for Johnstown after giving up the go ahead runs. Both teams left a combined 19 runners on base even with the high scoring affair.

Johnstown hosts West Virginia tomorrow night at 7 in hopes of snapping a four-game losing streak. Dylan Brosky is scheduled to start on the rubber for the Mill Rats.

The full box score of the game can be found here: https://baseball.pointstreak.com/boxscore.html?gameid=541032