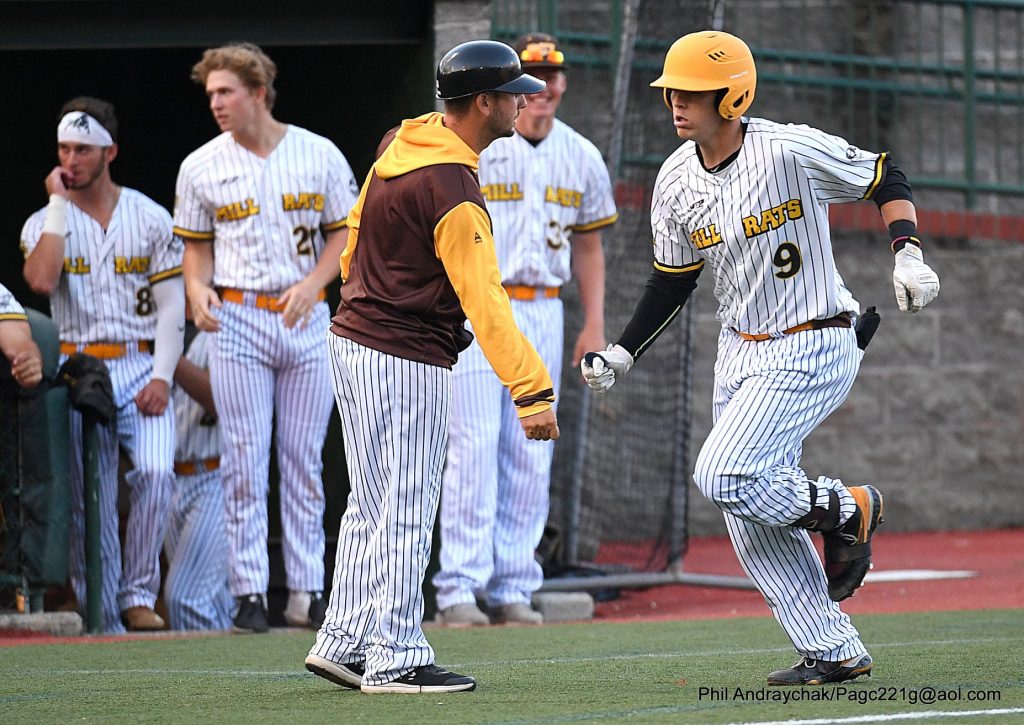 The Johnstown Mill Rats [0-2 second half, 7-24 overall] had an unorthodox start to the second game of the doubleheader against the West Virginia Miners [2-0, 17-13]. Johnstown didn’t trot a true starting pitcher out to the mound to start the game but instead relied on a collaborative effort from the bullpen.

“It’s different to do a bullpen day. [The coaching staff] is just feeling out guys in different roles and just hoping they can go in and be successful in those roles,” Mill Rats Manager Parker Lynn said. “Ultimately, it’s to save our back end of the bullpen and we have a couple more reinforcements on the way.”

Despite normally working from the bullpen, JT Wolke got the start on the hill in game two for Johnstown and had a stellar start. Wolke only allowed one earned run in his first three innings pitched. However, in the fourth inning he gave up three more before being pulled from the game and given the loss.

West Virginia jumped on the scoreboard in the first inning as Isaiah Ortega-Jones popped a single into centerfield to score Denver Blinn. The Mill Rats grabbed a lead of their own after that.

Sam Mast got Johnstown on the scoreboard with a sacrifice fly to bring in Tyler Dellerman in the third inning. Andre Good kept the scoring going in the third inning by hitting a single into right fielder and took advantage of an error to make his way into third base and to score Nick Hess and give Johnstown a 2-1 lead.

The flood gates opened on Johnstown shortly after.

West Virginia tacked on eight runs in the fourth inning to jump out to a 9-2 lead.. Johnstown had three different pitchers in the inning to try and stop the bleeding. Wolke started the inning, Casey Marshalwitz found two outs for Johnstown, then newcomer Benson Miller finished off the inning.

The Mill Rats resiliency took place immediately afterwards, similarly how it does in every game. Johnstown answered back with two runs in the bottom of the inning off of a Hess two-run single to trim the deficit to five.

West Virginia extended its lead to six in the fifth inning but Johnstown’s bats were back to work in the bottom of the inning in a big way.

Johnstown’s DJ Alexander smacked an RBI double into left field to score Pete Capobianco and bring the deficit back down to five. Then Tyler Dellerman came to the plate and smashed a grand slam to trim the Miners’ lead to 10-9.

“We’re resilient. We have to get over that hump,” Lynn said. “We’re not getting completely over that resilient hump. We’re fighting back enough to get us back in the ball game but we have to fight back to be able to win a ball game.

Johnstown’s offense was able to fight back anymore and the team fell 12-9 after giving up a few runs later in the game. Johnstown has now lost three straight home games against West Virginia after starting off the season undefeated at home against the Miners.

There is still plenty of hope for Johnstown with the playoff format for the Prospect League.

“The good thing is that it seems late to turn it around if we were going off of a regular record but right now it’s not too late and we’re only two games into the season if you look at it that way,” Lynn said. “It just takes one or two [wins] to rattle off to get hot before that turns into three, four, five, six.”

Full breakdown of the game can be found here: https://pointstreak.com/baseball/boxscore.html?gameid=541080