Second half of schedule begins 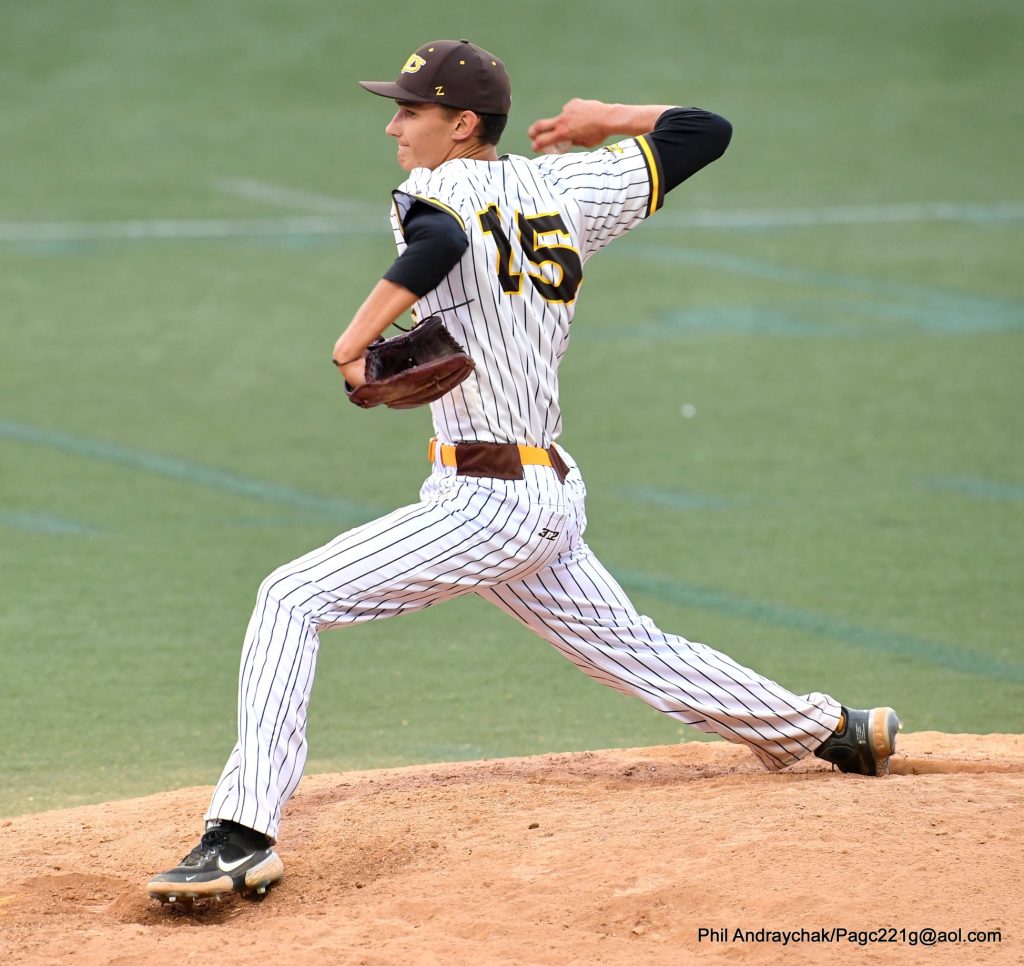 Sargent Stadium at the Point hosted doubleheader action Friday between the Johnstown Mill Rats and West Virginia Miners. The Miners won the first game of the doubleheader and of the second half of the season with a 10-6 final score.

Mark Edeburn made the start for Johnstown. He had a stellar performance on the bump allowing just two runs to score in 5 1/3 innings of work.

“He didn’t have his A-stuff but he battles hard even with his B-stuff,” Mill Rats Manager Parker Lynn said.

Edeburn faced a lot of jams with runners in scoring position early in the game and clawed his way out of the jams unscathed.

“That’s what we really like about him.” Lynn said. “Even if he doesn’t have his best stuff he’s going to fight through it and give us the best he can every time.”

Edeburn’s performance had Johnstown leading West Virginia when he exited the game. Johnstown held a 3-1 lead heading into the sixth inning with runs scoring from as Damien Yenzi hit a two-run double in the second inning and Dylan Swarmer smashed a solo home run in the fourth inning.

The Miners put up five runs in the sixth inning to grab their first lead of the game. One of those runs was charged to Edeburn and the other four were scored off Brenden Gray.

Johnstown fought its way back into the game in the bottom of the sixth inning by putting up two of its own runs to then trail 6-5. The Mill Rats missed out on an opportunity to score with bases loaded in that inning.

West Virginia added four runs in the seventh inning to hand Johnstown a five run deficit to face in the bottom of the seventh.

Pete Capobianco hit a solo home run, but that was the only run the Mill Rats could push across the plate, which brought to the final score of 10-6 in favor of the Miners.

Lynn praised the resiliency of the team for battling back in both games of the doubleheader.

“We just have to get over the hump,” Lynn said. “We’re fighting back enough to get us back in the ball game but we have to fight back to be able to win a ball game.”

Johnstown is on the road against West Virginia the next couple days and will be back home Tuesday, July 6 against Chillicothe.

Full breakdown of the game can be found here: https://pointstreak.com/baseball/boxscore.html?gameid=563965