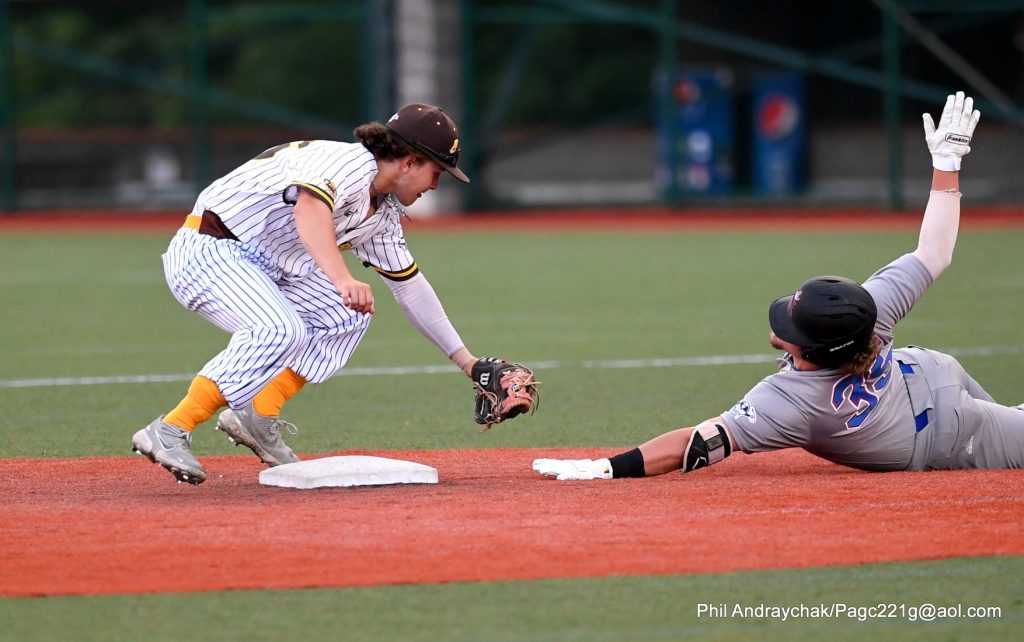 Not only have they exploded in tonight’s win but also in the past three games by scoring 40 runs combined. That’s a fairly good recipe for success in baseball and Johnstown has noticed it in the form of a three-game winning streak.

Johnstown jumped out to an early lead in the second inning with a Nick Hess solo home run. Hess has hit three home runs in the past two games.

Following the Hess solo shot, Chillicothe added two runs to take a one run lead. Johnstown then answered back with three runs of its own to take a 4-2 lead into the fourth inning. The Paints added another run to only trail by one run.

Johnstown’s offense certainly had Chillicothe’s number in the fourth inning and for the rest of the game.

The Mill Rats tacked seven runs on five hits in the fourth inning to lead 11-3. Johnstown batted around its lineup in that inning.

Johnstown scored just four runs over the next two innings and cruised with a comfortable lead to the 15-8 final score that looks closer than it was. Only two Mill Rats batters didn’t have a hit.

The Mill Rats can make the Prospect League playoffs if they win the second half of the season in the East Ohio River Valley Division.

“The second half reset has been a long time coming,” Lynn said. “We just flipped the switch and got the mindsets right.”

Lynn attributes the new reinforcements as a huge benefactor to the team’s recent success.

“I think keeping the base group of our guys and adding some reinforcements to the holes we had,” Lynn said when asked about the reason for the turnaround. “We got a lot of new faces.”

One of those new faces is University of Tennessee product Trey Lipscomb, who had a very dominant performance in his first game at Sargent’s Stadium. Lipscomb went 2 for 5 and had three RBIs as well as scoring three runs himself.

“I’m just excited to be here,” Lipscomb said. “Anytime I get the opportunity to play baseball I’m going to take it and run with it. It’s fun to play with this team.”

Damien Yenzi had an incredible Mill Rats hitting performance by going 5 for 5 with three runs and two RBIs. Will Lozinak earned his first win pitching for Johnstown. Lozinak pitched six innings and gave up four earned runs off of five hits while striking out four batters.

“We’re off to a hot start and we look to keep it going,” Lynn said.

Full box score of the game can be found here: http://pointstreak.com/baseball/boxscore.html?gameid=541103