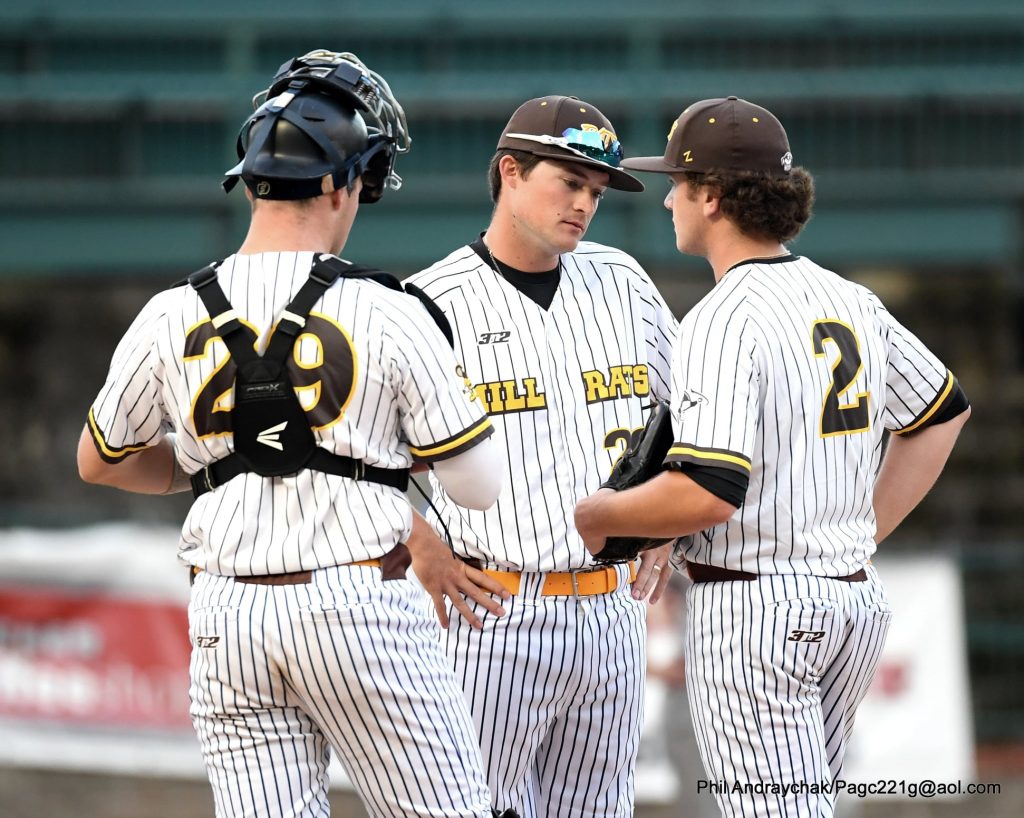 Series between Aviators and Mill Rats is even

The three game set is now knotted up at one win each between the Johnstown Mill Rats [7-5 second half record, 14-27 overall] and the Lafayette Aviators [12-2, 31-11]. The Thursday night matchup between the two teams ended with a 14-9 Aviators victory.

Johnstown manager Parker Lynn said, “it’s just being able to control the things we can control, make the plays we know how to make, and we didn’t do that in the early innings.”

Johnstown scored its first run of the game in the fourth inning with a two out single by Nick Hess to score Trey Lipscomb.

The Mill Rats continued to fight back into the game with three runs in the fifth inning and two more in the sixth, cutting the Aviators lead in half.

Lafayette pushed a run across in the seventh inning making the score 13-6. That remained the score headed into the ninth inning.

The Aviators got one final run across to start the ninth inning, giving the Mill Rats a 14-6 deficit to attempt to come back from.

Despite the odds, Johnstown did not lie down.

Dylan Vega lead off with a single and Lipscomb sent a ball over the wall for two quick runs. Johnstown was only able to push one more run across.

Although the Mill Rats  were not able to win this game, they did go on a 9-2 run from middle of the fourth inning until the end of the game.

“That’s what we highlighted in our postgame talk,” Lynn said. “When we get back to the ballpark tomorrow that’s something that needs to be harped on. We can beat these guys. The last five innings of the game showed that.”

In response to asking what Johnstown needs to do to win the series, Lynn said, “we have to come out hot.”

Full box score of the game is here: http://pointstreak.com/baseball/boxscore.html?gameid=541167