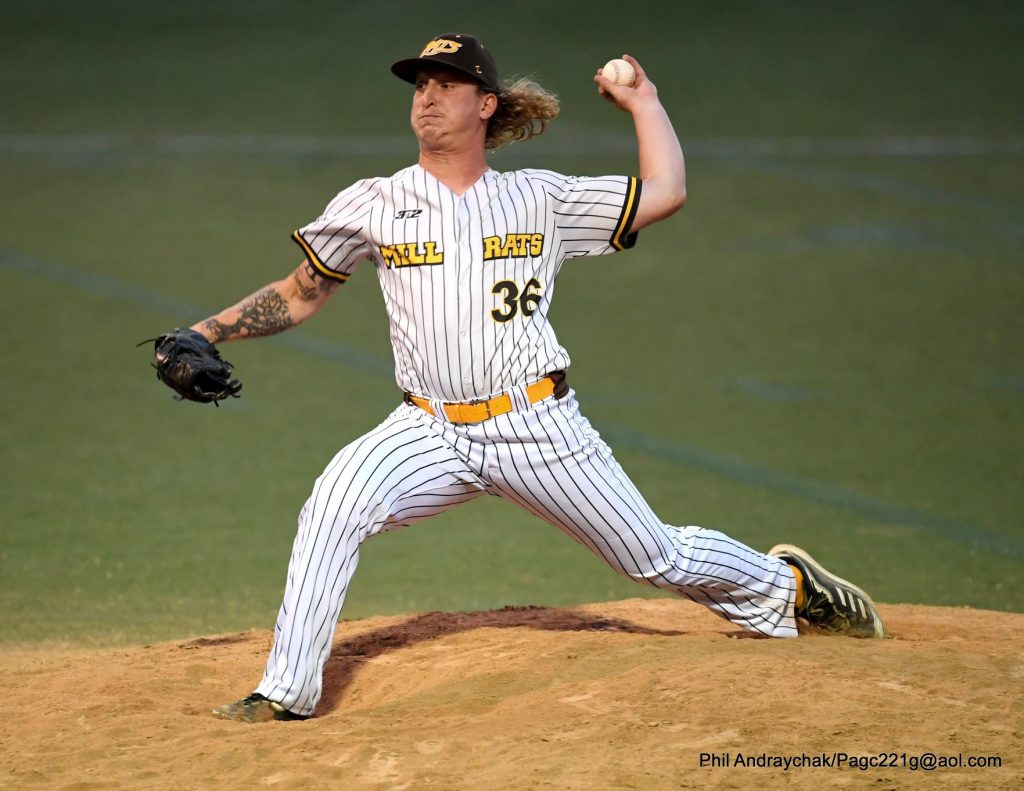 JT Wolke started on the mound for the Mill Rats and had his best appearance of the year.

“Gutsy,” Mill Rats Manager Parker Lynn said in response to Wolke’s performance. “[JT] went out there and he threw with all of his heart. That’s what [the coaching staff] asked him to do.”

Wolke led the charge for Johnstown, only allowing two earned runs off of seven hits in six innings of work. The Slippery Rock product punched out six hitters and only walked one.

“[The win] feels really good, especially against this team because we play them so much,” Wolke said. “I’m more excited about getting my team the win than anything.”

The game was also Wolke’s last of the season for the Mill Rats. Wolke’s teammates made sure he would end his season on a high note.

The Mill Rats lineup has shown the entire second half of the season that they can consistently find fire power in their bats. Johnstown has scored 39 runs over the past three games.

Johnstown sparked the scoreboard in the second inning with three runs.

Ryan McCarthy blasted a ball into deep right field to score Nick Hess to give the Mill Rats a 1-0 lead. McCarthy tried for an inside the park home-run on the hit but was thrown out at home.

West Virginia answered back with a run in the third inning. However, the Mill Rats copycatted the Miners, scoring one in the inning as well.

Johnstown continued to fuel the fire in the fifth inning with three runs to extend the lead to 7-1.

Lipscomb added his second RBI single of the night to score Mike Whiteherse. In the ensuing batter, Ben Newbert rounded the bases on his seventh home run of the season. Newbert also had three RBIs in the win.

West Virginia added its final run of the night in the sixth inning to trail 7-2. The Mill Rats scored five runs in the bottom of the inning to put themselves in the position to win by the run-rule.

With bases loaded, Whiteherse grounded out but McCarthy scored. Damien Yenzi smashed a double to the wall to bring home DJ Alexander and Capobianco.

Lipscomb and Newbert added in their third RBIs of the game to reach the 12-2 final score.

Newcomer Sean Furlong closed out the seventh inning in relief of Wolke.

Johnstown has won seven of the past 10 games and remains at the top of the East Ohio River Valley Division for the second half of the season. West Virginia falls to third in the standings.

The Mill Rats and the Miners play each other seven times over the next 16 games. Johnstown travels to West Virginia to play the Miners tomorrow at 6:35 pm.

“The Rats are hot,” Lynn said.