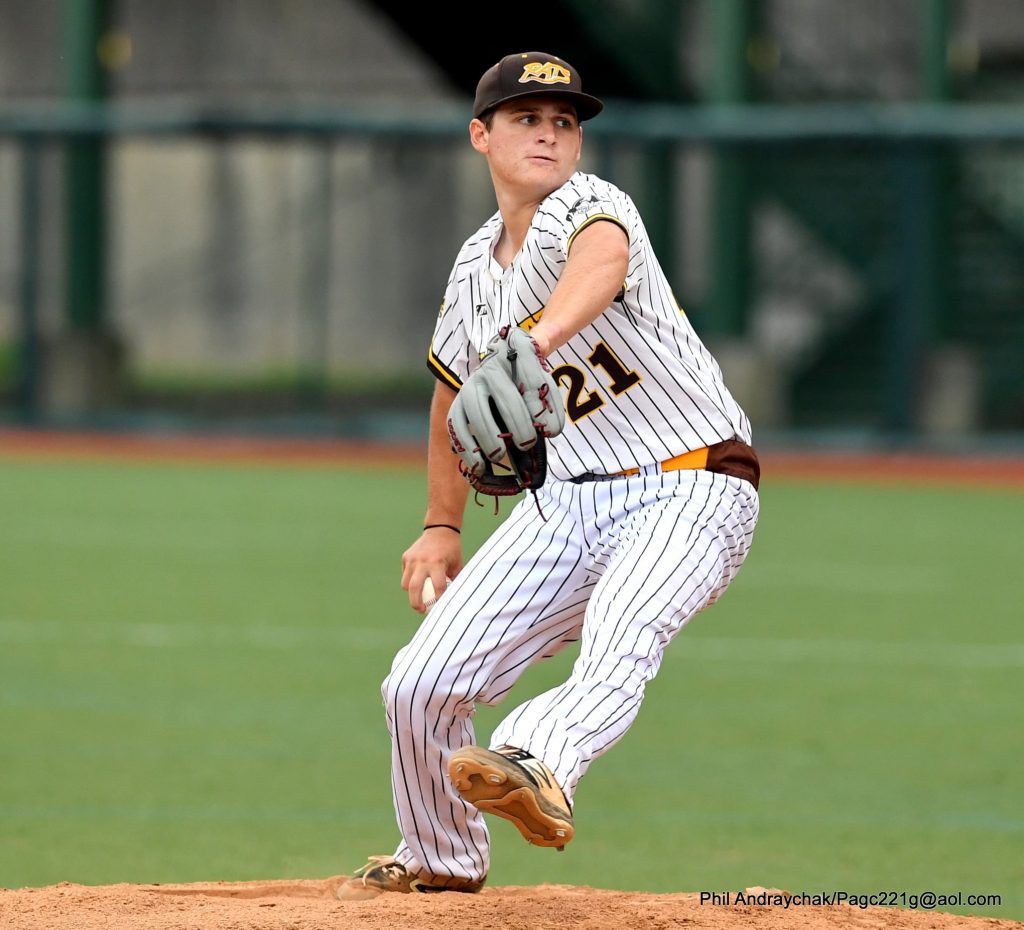 Brenden Gray easily had his best performance as a Mill Rats pitcher.

“It was great getting the win tonight,” Gray said. “I was a little shaky coming off of my last start, this [outing] was completely different and I felt so much better.”

Gray certainly flipped the script from his last performance to this one. The Seton Hill product gave up seven earned runs in his last outing on July 10. Fast forward to tonight, Gray threw seven scoreless innings and only allowed three hits.

“My goodness man, that was an outstanding start from [Brenden],” Mill Rats Manager Parker Lynn said. “To see him be able to go seven strong tonight and know [that performance] is in the tank is really encouraging.”

Gray locked down a Kings lineup that won the division in the first half of the year. He also fanned eight batters in the win and attributed his slider to his success.

“My slider was 100 percent the difference maker,” Gray said in response to what he thought went well for him. “This was the best I’ve thrown my slider since I’ve been here.”

Johnstown’s offense struggled in the run department tonight and only had seven hits.

“Our hitters were taking a really good approach to the plate,” Lynn said. “Once again we ran into a really good pitcher just like last night.”

Miller’s impressive performance wouldn’t be enough for Champion City to walk away with a win.

Johnstown was hitless entering the bottom of the third inning. Damien Yenzi gave the Mill Rats their first hit of the night with a single to right field. Two batters later, Trey Lipscomb followed that up with a two-run homer for the Mill Rats to go up 2-0.

The game was scoreless from that point until the bottom of the eighth inning, when Johnstown added another insurance run.

Yenzi gave the Mill Rats a base runner with a triple. Once again, Lipscomb brought Yenzi home, this time by way of an RBI single to left field to give Johnstown a three-run lead.

“Kudos to Trey. He had a really good performance at the plate with all of our RBIs,” Lynn said.

Lipscomb and Yenzi led Johnstown with two hits a piece. Ben Newbert, Ryan McCarthy and Dylan Vega had the rest of the hits for the Mill Rats.

Nick Roell relieved Gray in the eighth inning and continued the shutout. Will Conroy grabbed the save for Johnstown and gave up the lone Kings run.

The Mill Rats still hold a half game division lead over Chillicothe after the win. Johnstown hosts Champion City tomorrow night at 7.