Pitchers duel at the Point 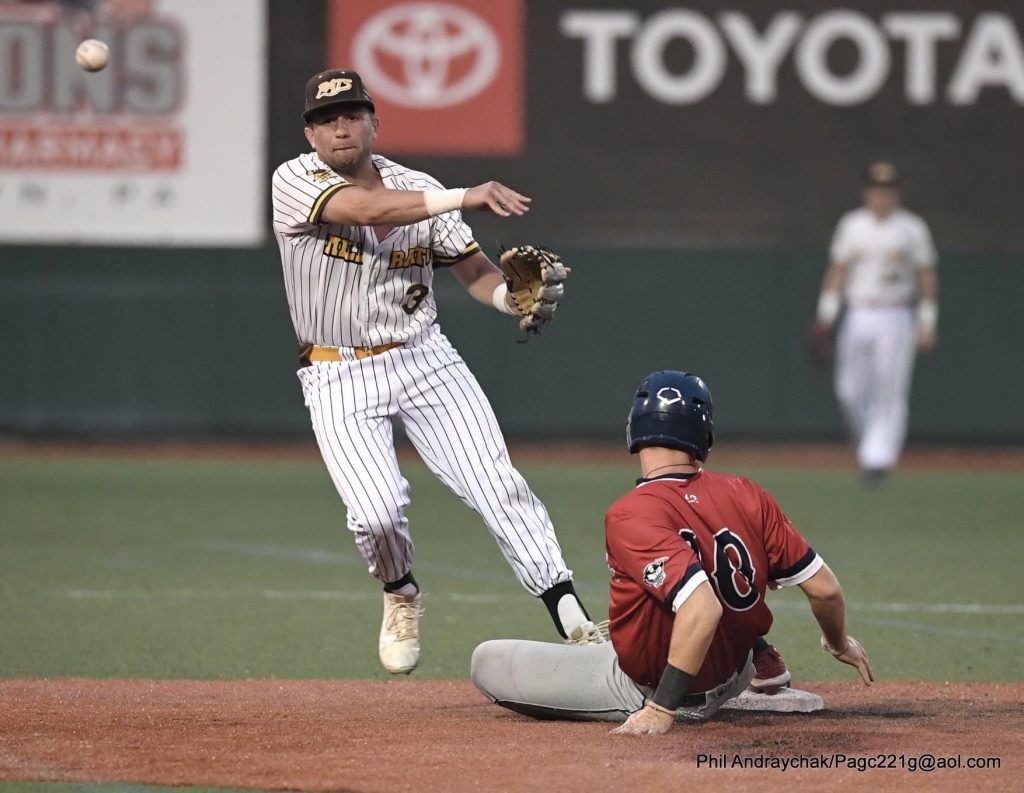 Mill Rats offense is held to two runs in the loss

Johnstown’s offense couldn’t produce enough runs to defeat Chillicothe in the 3-2 loss. The Mill Rats only had six hits.

“It’s just one of those nights where the offense couldn’t come around for that big inning,” Mill Rats Manager Parker Lynn said.

It’s fairly rare to see a pitchers duel in a game featuring the Johnstown Mill Rats but that’s exactly what occurred in the final home game against the Chillicothe Paints.

“[Wilksey] took an inning or two to get used to that mound,” Lynn said. “Once he settled, he was lights out.”

Wilksey found his groove from in the next three innings he pitched and gave up no runs and only two hits.

The rest of Johnstown’s bullpen closed the door on anymore scoring. Johnstown didn’t allow a single run to cross the plate from the third to the end of the game.

Mill Rats pitchers Zach Rohaley, Gabe Mallo, Will Conroy and Dylan Vega all pitched an inning and didn’t give up any runs. Chillicothe only had one hit off of Johnstown’s bullpen.

“All those guys we threw at the end there are really solid guys,” Lynn said. “Hats off to the pitching staff tonight, they kept us in the game.”

Chillicothe’s Jake Silverstein proved to be a tough opposition on the mound for the Mill Rats tonight.

“When you run into a really good pitcher like we did tonight, that’s going to be a true test to our offense,” Lynn said. “I still think we have a really good offense but that was truly our first test of the year.”

Silverstein pitched 5 2/3 innings for Chillicothe and only allowed two runs off of five hits. Silverstein also fanned eight batters. Drew Wilson and Ruben Ramirez shut the door on any chance for a Johnstown comeback.

Johnstown fell out to an early 3-0 deficit leading into the bottom of the second inning.

Tanner Froelich got on base with the first of his team high two hits in the game. Nick Hess hit a heater into right field to score Froelich for Johnstown to trail 3-1.

Johnstown added its second and final run in the fourth inning.

Christian Scott and Damien Yenzi were the only other Mill Rats to record a hit.